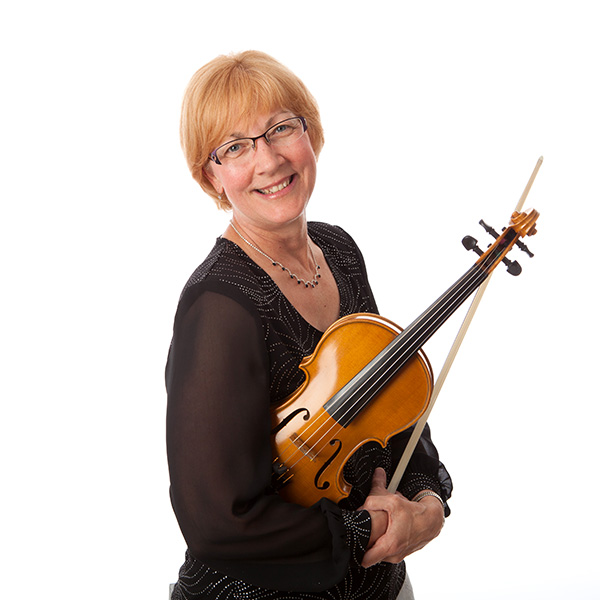 Erika is a violinist and an enthusiastic member of the Niagara Symphony since 1973. Currently, she is a string coach with the Niagara Youth Orchestra, of which she is an alumna and former concertmaster. She is the leader of The Rainbow Trio (flute, violin & cello), playing professionally at weddings and special events year-round since 1985, and for which she gets opportunities to try her hand at musical arranging. Erika also teaches a variety of classes at the Niagara Symphony Summer Music Camp, including launching a new program in 2014 that uses Harpsicles to teach music basics to young children. Since 1994, she is a strings Instructor with “Niagara Elementary Instrumental Music” (NEIM), which is the District School Board of Niagara’s (DSBN) instrumental music program. This is the same music program where she began violin studies in Grade 5 in St. Catharines. She then continued music at Laura Secord Secondary School, at which time she became involved in both the Niagara Youth Orchestra and Niagara Symphony Orchestra. Erika then majored in music, getting a B.A. degree from Brock University. Erika would like to thank three local music teachers, who had a huge influence in her musical life and career: Paul van Dongen, Henry Goerzen, and Tom Inglis.